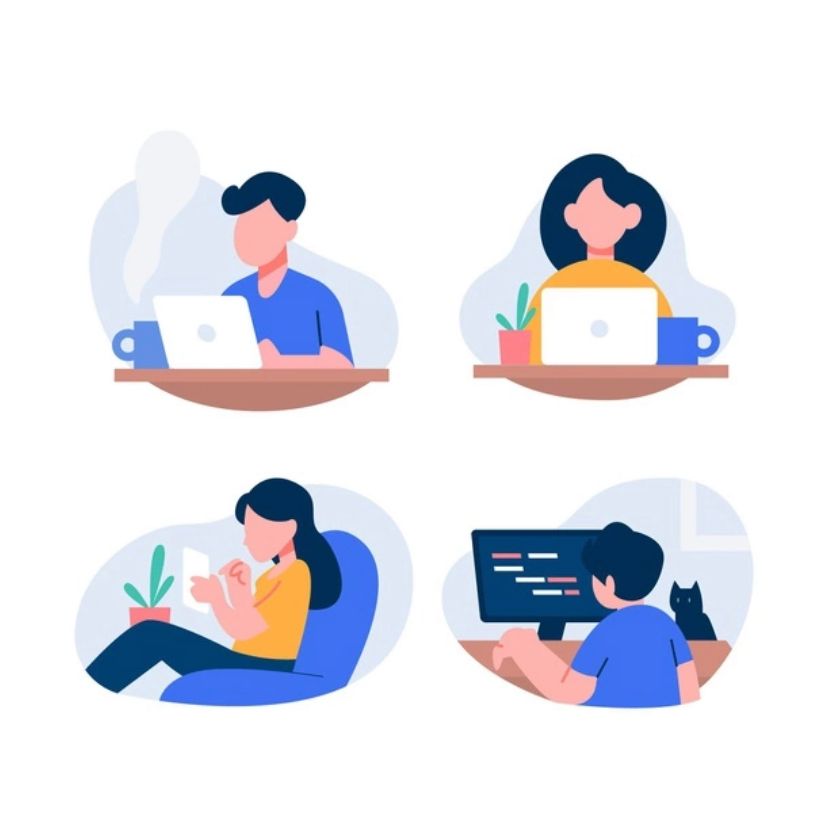 The UAE’s Ministry of Human Resource and Emiratisation (MoHRE) passed Ministerial Decision No 31 of 2018, which establishes legal frameworks that allow companies to recruit qualified employees from inside or outside the country, under multi-employer contracts (part-time contract).

Under the new regime, part-time workers may work several part-time jobs without obtaining approvals from their primary employers, however, it is mandatory to obtain an official work permit from the MoHRE.

The employee must be;

People with tourist visas and UAE residents aged 65 years and above cannot work part-time in the UAE.

To be able to apply for a temporary work permit, the employer must obtain a part-time work permit from the UAE Ministry of Human Resources and Emiratisation (MOHRE) by submitting all the required documents along with prescribed fees on behalf of the worker.

The Part-time work permit is valid for a period of 6 months.

Working hours under the Part-time system;

Responsibilities of the Primary employer

Under the part-time contract, the Primary employers are responsible to bear all the costs associated with

Additionally, the primary employer may not compel the worker to work longer than the agreed-upon hours or prohibit him from working at a similar facility under the non-competition provision.

Legal consequences of working part-time without a permit.

The 2007 Federal Decree-Law No.2 penalises any corporation that hires part-time workers without an official part-time work permit. An immediate fine of AED 50,000 (Fifty thousand dirhams) shall apply to the employer in default. In case the offence is repeated in future, it may lead to further penalties. 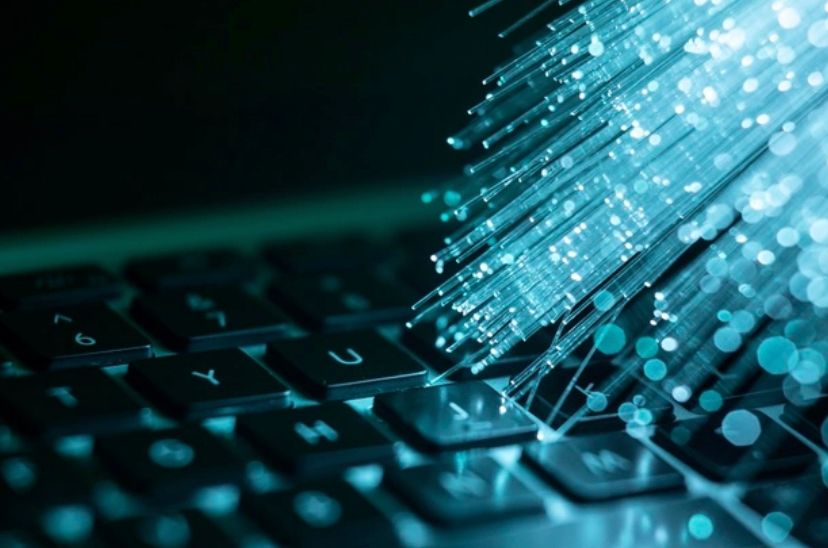 In the era of the fourth industrial revolution, there is a race for data – “the new oil” and for innovation and technology which is going to revolutionize every industry.

Technology is developing quicker than we can imagine with the dawn of AI, BIG DATA, IoT, Cloud, Robotics etc. Legislators and regulators globally have the huge challenge of regulating the landscape of Technology, Media and Telecommunication, booming industry with unprecedented positive impact but at the same time the ability to violate the interest of all key stakeholders, first and foremost human beings whose data is collected, stored and used for the benefit of owners of the data.

UAE has positioned itself as a leader in innovation, with initiatives such as Smart Dubai, which is a government-led initiative looking to achieve a smart way of life for the residents and visitors of Dubai. Smart Dubai looks to empower strategic partnerships between the public and private sectors to ensure maximum technology innovation.

But how is the TMT space regulated in the UAE? What laws apply and what considerations and implications are there for the various stakeholders.

Let’s take a look at a general overview of the Regulators, regulated activities and the laws and regulations;

The TRA has two focuses:

The provision of internet services to subscribers also requires a licence, as clarified in Article 66 of the Executive Order. There are two types of licences: individual licences for services that require substantial regulatory supervision or usage of scarce resources (e.g., spectrum); and class licences where there is no need to use scarce resources of spectrum and numbers or less regulatory supervision is required. Both licences are issued for 10-year periods. There are currently two licensed providers of public telecommunications services in the UAE: Etisalat and du. The telecommunications sector is currently excluded from the scope of the most recently enacted competition law in the UAE

The UAE has an ambitious internet of things (IoT) strategy. Through projects such as the ‘Dubai Internet of Things Strategy’, the UAE seeks to build the world’s most advanced IoT ecosystem. As part of this, the TRA has published policy and regulatory procedures regulating the internet of things (IoT Policies). These IoT Policies give the TRA regulatory powers in relation to IoT services in the UAE and set forth certain principles with respect to the associated data. The IoT Policies apply broadly and will be relevant to individuals, companies, public authorities and other legal entities concerned with IoT in the UAE (including foreign IoT providers that provide IoT services remotely into the UAE). An overview of the principal requirements includes the need to register with the TRA and obtain a registration certificate. To obtain a registration certificate a UAE presence or appointed UAE representative is required by the TRA. In addition, there are various data-focused requirements such as data storage requirements and purpose limitation requirements. In the absence of any additional grace periods, IoT suppliers need to be compliant with the IoT Policies at the time of writing.

The National Media Council (NMC) is the federal authority tasked with supervising media activities in the UAE. It is mandated to:

Federal Law No. 15 regulates printing and publishing licensing activities in the UAE and applies to traditional media content such as newspapers, magazines and television broadcasting. A 2010 Chairman’s Resolution extended the application of the Media Law to all audio, visual, print and digital media institutions in the UAE.

In March 2018, the NMC established a new system to govern electronic and digital media activities in the UAE. Under Cabinet Decision No. (23) of 2017 Concerning Media Content (the EM Regulations), any individual or company carrying on electronic media activities in the UAE must obtain a licence from the NMC. The websites of licensed traditional media (i.e., television, radio, newspapers and magazines) already fall under the provisions of the EM Regulations and, as such, are not required to secure new licences.

In addition to the federal laws referenced above, some free zones in the UAE also regulate broadcasters and publishers operating within the parameters of their jurisdictions.

In March 2018, the NMC established a new system to govern electronic and digital media activities in the UAE. Under Cabinet Decision No. (23) of 2017 Concerning Media Content (the EM Regulations), any individual or company carrying on electronic media activities in the UAE must obtain a licence from the NMC. The websites of licensed traditional media (i.e., television, radio, newspapers and magazines) already fall under the provisions of the EM Regulations and, as such, are not required to secure new licences.

In addition to the federal laws referenced above, some free zones in the UAE also regulate broadcasters and publishers operating within the parameters of their jurisdictions.

Under the Media Law, certain activities require a licence, including operating a printing press or publishing house; circulating, selling or distributing printed material; and the publication of newspapers. Applications must be filed online via the NMC’s website, and the fees payable depend on the type of licence sought. As noted previously, any individual or company carrying on electronic media activities is required to obtain a licence from the NMC.

Restrictions apply under the Media Law and the EM Regulations in respect of the types of individuals and entities that can apply for a licence.

Social Media Influencers; Earlier this year, the National Media Council had made it mandatory for influencers to obtain a license if they earn a living from their blogs, websites, or social media. And before they can have this license, they’re supposed to have a trade license

If an influencer is promoting a product or service online through social media channels and receives a fee or, in the absence of any further guidance to the contrary, in-kind benefits for doing so, the influencer should hold a licence from the NMC before publishing any promotional content.

It applies to anyone and everyone who promotes or posts promotional content in return for payment or benefits in kind. The regulations refer to carrying on activities for “commercial purposes” or the posting of “paid commercials” and are drafted in absolute terms. Therefore, there is no threshold above which a person is considered an influencer according to the number of followers they have or the amount they are being paid to promote a product or service.

Data Privacy – Individual’s right to privacy is enshrined in the UAE Constitution and the UAE Penal Code.

Futuristic Projects Law In an attempt to bridge the gap between the drive for innovation in the field of AI and other futuristic technologies and the current lack of a suitable legal framework in this field, in November 2018, President His Highness Sheikh Khalifa Bin Zayed Al Nayhan issued a Federal Decree-Law No. 25 of 2018 on Futuristic Projects (the “Futuristic Projects Law”). Under the Futuristic Projects Law, the UAE Cabinet can grant an interim licence for implementing any innovative project which is based on modern futuristic technologies or artificial intelligence where there is no UAE regulatory authority for such a project. The licences granted will be for a limited period only and will provide the UAE with an opportunity to test controls, conditions and procedures. The intention is that this opportunity will provide valuable insight and information that will form the basis of a new legislative framework for futuristic projects.

On 24 April 2019, the Dubai government issued a new resolution to regulate autonomous vehicle testing in Dubai.

Using AI in combination with big data can create economic efficiencies and pro-competitive effects; for instance, by making it easier to identify what customers really need and, at the same time, reducing the costs of production and distribution. However, under certain circumstances, the use of AI in combination with big data may also be a factor contributing to competition concerns, including:

Competition issues could therefore arise in a market like the UAE, where there is a relatively high level of concentration. For example, where access to a large volume or variety of data is important to a particular market and that market is heavily concentrated, such access can form the basis of market power and arguably a dominant position.

The Cyber Crimes Law was designed to prevent crimes online and promote a safer digital environment.

Offences include gaining access to an individual’s electronic system without permission, invading an individual’s privacy using electronic means and using a false Internet protocol address for the purposes of concealing criminal activity. Punishment for breach of the law can lead to imprisonment and fines.

There is no general data protection law in onshore UAE and no single national data protection regulator. An individual’s right to privacy is enshrined in the UAE Constitution and the UAE Penal Code. It is, however, worth mentioning that the TRA is looking at implementing a data privacy law, as part of the UAE National Cybersecurity Strategy. A draft of the law has yet to be made public. Likewise, the DIFC has amended its Data Protection Regulations to bring them more in line with GDPR and international best practices, and we understand that it is expected to issue a new data privacy law before the end of the year.

For example, under the Penal Code, it is an offence to disclose the secret of another without their consent. A company must obtain consent from individuals before collecting personal details of individuals, whether that is a consumer or an employee.